The Voynich has no Provenance

There is no written evidence that can be used as provenance for the famous and enigmatic Voynich Manuscript. Although it is claimed that certain 17th century mentions of a manuscript are the Voynich, on close examination these fail to satisfy the most basic standards of proof that the work existed back then.

This claimed provenance is in a small selection of 17th century letters to and from the Jesuit Polymath, Athanasius Kircher. These include mentions of a mysterious, unintelligible manuscript. From them, we learn that a Georg Baresch is the first assumed owner of the manuscript they describe. But these descriptions do not actually come close to identifying it as the Voynich Manuscript, which is why I’ve long suggested that a more proper name for it would be the “Baresch Manuscript”.

But is the Baresch Manuscript also the Voynich? We cannot know, because the descriptions alone are very poor, as you will see. In fact, there is even good reason to believe that these descriptions work against it being the Voynich.

Let’s look critically at the actual wording of the sources, and what they tell us. Philip Neal’s excellent page, listing the letters, with transcriptions, translations and notes, is a valuable resource to understanding these issues. The letter portions describing the Baresch Manuscript, as translated by Philip are:

As for the book filled with some sort of mysterious steganography which you enclosed with your letter, I have looked at it and have concluded that it requires application rather than insight in its solver. I can recall solving many writings of this kind when the occasion presented itself, and the itch of my mind working would have tried out some ideas on it if only many very urgent tasks did not call me away from unsuitable work of this kind. However, when I have more free time and can take advantage of a more suitable moment, I expect I shall try to solve it when the mood and inspiration take me.

This probably is referring to the Baresch Manuscript by context, but the only descriptive in it is “mysterious steganography”. Since Kircher was often tasked by many people, to resolve many different mysterious unknown languages and ciphers in his lifetime, this in no way points to the Voynich itself.

This passage from the letter has, in the past, been used to infer that this is the Voynich, as that manuscript’s characters do share some vague similarities to Illyrian, or “Glagolitic”. However, it is not the “same unknown script”, but refers to another item entirely. That is “… the other sheet”, and not, “… the book filled with some sort of mysterious steganography” itself. 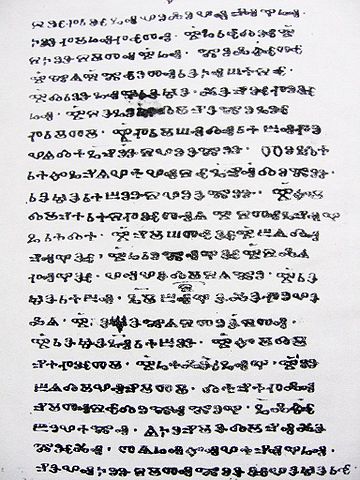 So even if the book mentioned here was the Voynich, the sheet is a different item, so any resemblance to “Illyrian” is irrelevant anyway.

Using Philip’s entire translation is unnecessary, although interesting, and can be read here. But the only descriptive phrases are as follows, and constitute the majority of the descriptions often claimed to identify this work as the Voynich:

“Now since there was in my library, uselessly taking up space, a certain riddle of the Sphinx, a piece of writing in unknown characters…”

“From the pictures of herbs, of which there are a great many in the codex, and of varied images, stars and other things bearing the appearance of chemical symbolism, it is my guess that the whole thing is medical…”

“In fact it is easily conceivable that some man of quality went to oriental parts in quest of true medicine (he would have grasped that popular medicine here in Europe is of little value). He would have acquired the treasures of Egyptian medicine partly from the written literature and also from associating with experts in the art, brought them back with him and buried them in this book in the same script. This is all the more plausible because the volume contains pictures of exotic plants which have escaped observation here in Germany”

“… and bring forth the good (if any there is) buried in unknown characters in this book.”

“I here append a line or two of the unknown script to revive your memory of it, having previously sent a whole file of similar characters.”

First of all, there are the obvious omissions of many Voynich features which would better identify it. Where are the naked women, the zodiac, the pipes, tubes and “cylinders”, and so much more. Also, there is no mention of the “signature” of Tepencz, which was visible to Voynich in 1912, and therefore should have been even more visible to these men.

As for the phrase, “chemical symbolism”. It has been noted that the Voynich is particularly lacking of anything which would fit this description, at least that a 17th century polymath would ordinary recognize as such. So what possible content, in the Voynich we know today, would be described this way? 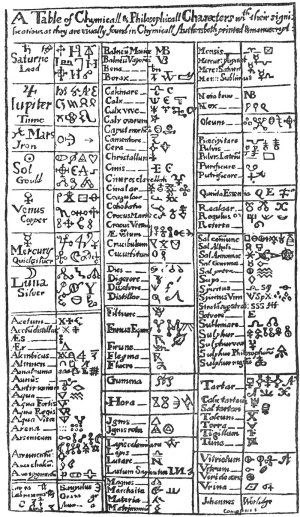 Yet another problem is the statement, “unknown characters”. Yes, there are many which may have been unknown to our 17c writers. But the Voynich Ms. also has many “known” characters, such as the Latin letters a, c, m, o, and so on. Likewise, the common Latin plural shorthand suffix, the “9-like” figure, appended to the end of many words. There are also several numbers, such as the “4”, and possibly “4o”. But this may be a smaller point.

Nonetheless, for all the reasons above, I strongly disagree with the common claim that there is “no doubt” at all that this letter was referring to the Voynich manuscript. René Zandbergen uses this claim as the main pillar of written provenance, which I feel it in no way deserves. From Smolka, J. and R. Zandbergen: Athanasius Kircher und seine erste Prager Korrespondenz (Google translation),

“His description of the manuscript, with numerous illustrations of herbs, and various other things, including constellations, leave no doubt that it is the Voynich manuscript.“

For one thing, the actual term from the letter is “Astrorum”, which translates to “stars”, not “constellations”. Here is just one example in which the evidence is altered and adapted to better fit what we see in the Voynich, thus seeming to strengthen its value. In this case, because the Voynich does appear to show constellations, although there is argument as to the identity (Pleiades is the best match for one, though). But the point I am making is that the spare and almost universally applicable descriptions in the letters are tailor-fit to what we see in the Voynich, when they do not actually constitute anything close to an adequate description.

These meager and mostly inapplicable descriptions very much “leave doubt” that the Voynich was seen and described by these men, in the 17th century.

“The Sph*nx will understand from the attached sheet what my friend Mr Georg Barschius wanted to have written by me.”

This is the only reference to the manuscript in this letter, and does not describe it.

This letter is the one that Wilfrid Voynich claimed to have found in the manuscript itself. I personally find this letter highly suspect for many reasons, which may be found here: https://proto57.wordpress.com/2015/09/11/the-1665-marci-letter-a-forgery/

But whether or not one considers the letter real or a forgery, this is the only description in it, and it relates to provenance:

“Doctor Raphael, the Czech language tutor of King Ferdinand III as they both then were, once told me that the said book belonged to Emperor Rudolph and that he presented 600 ducats to the messenger who brought him the book. He, Raphael, thought that the author was Roger Bacon the Englishman.”

Clearly, this letter does not offer any description of the referenced book, let alone any which could remotely identify it as the Voynich Manuscript. At best, even if this letter is real, it refers to the Baresch Manuscript, and we do not know if that is the Voynich.

“You will be the occasion of even greater joy if your craft and skill can uncover the interpretation of that arcane book which he gave up to you, and I would dearly like to know myself.”

Again, this letter offers no useful description which would identify it as the Voynich Manuscript. A great many works would have seemed “arcane” to even the greatest minds of the time.

And the above comprises the full extent of all written provenance for the Voynich. Well, there is one other claim made, but of even lesser value, and I don’t feel it should be considered.

An additional point is that of the great many characters, languages, plants and sciences that were “unknown” to these men, most of them were well known by 1912, when Wilfrid “found” the Voynich. It is too much of a coincidence for me to accept that Wilfrid Voynich just happened to “find” a work, in 1912, which would be considered both unintelligible and unidentifiable to Baresch/Marci/Kinner and Kircher, and still would be the unknown, to a scholar, by 1912! Or for that matter, today.

For the remaining, unknown, still indecipherable scripts, in 1912 or even to this day, we have some idea about them. They fit in some historical context. We might know family origin, the age, geography, chronology or have an idea of the culture behind them. That is, they are explainable to some degree, although unknown. Scripts and languages such as Linear A, or Rongo Rongo. For the Voynich, it fits nowhere into our understanding of the entire history of human language.

So these men were describing some manuscript they could not interpret. That is not in dispute. But the descriptions in these letters do not come close to a level of proof that the manuscript being discussed is also the Voynich Manuscript. Yes, a few items loosely match lesser elements of the Voynich, such as the stars, the unknown script and plants. But this content would also describe a great many other works, and yet more important identifying features of the Voynich are not even mentioned. It also stretches credibility that of all the unknown works which confronted and confounded these men in their time, and considering that most of them were solved or at least understood, in the ensuing centuries, we just happen to have appear on the scene in 1912 the one work they (supposedly) saw, that would still be unidentifiable.

No, if one even believes there is any connection between the Voynich and these letters, it far more likely that they were an inspiration to create the Voynich as a forgery, and so create the impression of written provenance. If so, spare as that evidence is, it worked, and is inexplicably working even today. And my scenario would be far from rare, as forgers throughout history have created fakes which matched genuine descriptions of recorded, but missing items, and even created and inserted false provenance in catalogs and collections. I think both were done here, by using the genuine letters of the Kircher Carteggio for the former, and the forged 1665/66 Marci-Kircher letter for the latter.

I’ve often said that if the Voynich Manuscript, with Wilfrid’s implausible and contradictory tales of discovery, along with the sketchy “provenance” of the Letters, let alone the anomaly- and anachronism-riddled manuscript itself… if they all suddenly appeared for the first time today, they would be laughed off the stage of literary scholarship as a strikingly transparent hoax. Faith in this manuscript only survives because it is propped up by the unfortunate baggage of a more than a century of wishful thinking, along with an unfounded trust in, and reliance on, the word of Voynich. And this is all processed using long outdated, far lesser standards of acceptance and judgment than we would come close to accepting today.

By any rational, common sense standards, the Voynich Manuscript clearly has no provenance at all. 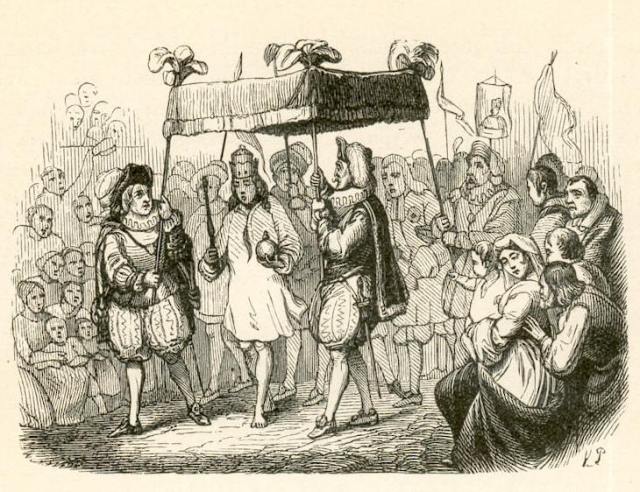 16 Responses to The Voynich has no Provenance